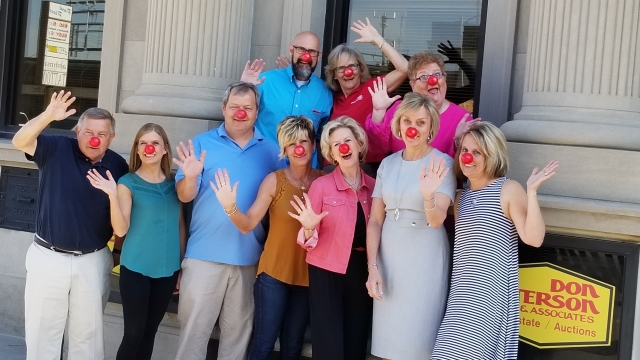 Don Peterson & Associates is joining the cause (and the fun) of Red Nose Day this year!  Watch our social media pages to catch images of our REALTORS® and staff donning our festive red noses around town all day.

What is Red Nose Day?

What’s With the Nose? 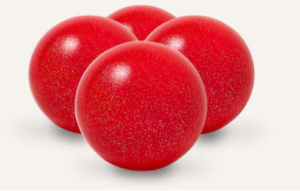 The red nose is a symbol of laughter and a reminder that we all need to smile.  Smiles are contagious, after all.  You must admit that it is hard not to smile when you see another smiling face.  The nose has been an integral part of the celebrations in the UK. The Brits have even decorated their buildings and transport in the past and you can even adorn your car with a big, red, cheery nose.  Each year has featured a new version of the iconic red honker…everything from a color changing nose, to a furry nose, to this year’s glittery nose which, according to the official US website, symbolizes that “giving children a brighter future is something to celebrate.”  You can pick up your own nose at your local Walgreens.

Who Benefits from Red Nose Day?

According to the US Red Nose Day website, over the last 3 years over $100 million has been raised to support programs that keep children safe, healthy, and educated.  This includes children in all 50 states, Puerto Rico, as well as some of the poorest communities in Latin America, Asia, and Africa. We may feel a little sheltered here in the Midwest, but need is still here.  RedNoseDay.org reports that 21% of American children live in poverty.  1 out of 6 children in America are food insecure, meaning that they aren’t sure when or where their next meal will come from.  At lease one of the programs aided by Red Nose Day donations, BackPack Program, is utilized here in our communities. There are some great stories about kids impacted by Red Nose Day here.  Please check them out.

What Can You Do to Help? 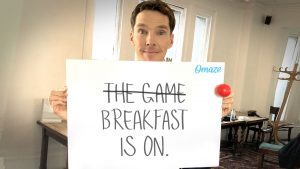 Buy a nose.  Each nose purchased helps children in need. Next, grab your red nose and some friends and go nose to nose!  Share  your fun on social media. Spread the word. Donate! This year the organization has partnered with Omaze ( a UK based charity organization) to offer some awesome prizes, like tea with The Crown cast, a chance to meet the cast of Mama Mia!, a picnic with Hugh Grant, and breakfast with Benedict Cumberbatch and a host of other Sherlock stars at Speedy’s Café in London. Find more information here. And don’t forget to watch Red Nose Day Special on NBC at 7 C. It’s sure to be a laugh with the star studded guests like Kelly Clarkson, Julia Roberts, Kristen Bell, Jack Black, and Ed Sheeran to name a few.

This site uses Akismet to reduce spam. Learn how your comment data is processed.